As I’ve promised in the previous post, I’ve started working on my first iPhone application, the Blip.pl client, which I’ve given an extremely creative name, xBlip :) (why “x”? that’s simple, because “i”, “m” and “a” were taken, “i” even twice :).

A few screenshots from the current version: 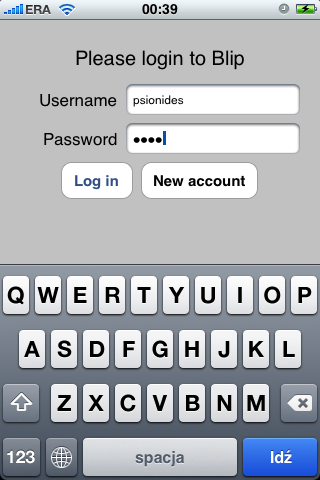 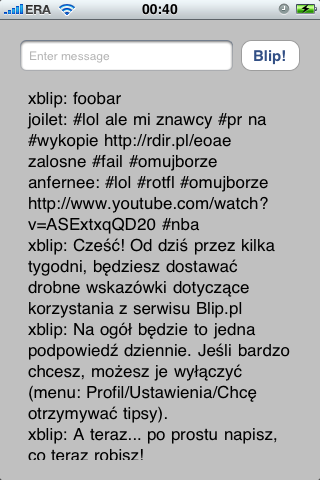 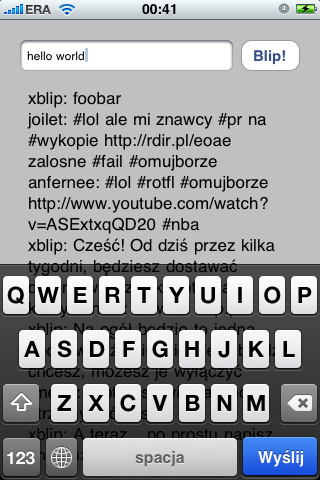 It took me whole Saturday and Sunday to get it to this state… Of course, it’s not that complicated, I’m just stupid :> The most difficult part was not the GUI, but connecting to the web service and communicating with it. Some problems I’ve ran into:

Ok, enough complaining, here’s the code: http://github.com/mackuba/xblip. I’ve decided to use GPL v2 as the license – mainly because I kind of don’t feel comfortable with the thought of someone taking that code and making a closed/paid application out of it… And I didn’t want to use GPL v3, because I’ve read that it’s a bit unclear whether the way App Store works isn’t in conflict with GPL v3 (because you can’t just download the code and run it on your phone, you have to pay Apple first…).

I’ve also decided to extract the backend part (called “ObjectiveBlip”) from the application – it’s all in one tree right now, but later I would like to develop that part into a reusable framework that anyone can use to access Blip API from Objective C, in any kind of application. After all, it’s a huge waste of time to write that part from scratch every time. This part is released under Beerware license written by Poul-Henning Kamp – it’s like MIT, only much shorter (4 lines) :) I hate it that with most open source licenses you have to write many pages of text just to say “you can do whatever you want with this, just keep my name in the comment”…

Plans for future versions of xBlip: save settings and current state to files, work on the dashboard look & feel to make it into something pretty, rewrite the ObjectiveBlip engine (right now it’s not very extensible and will get too messy if I just add new features without refactoring first). Then add new features and screens, like a user view or tag view. Add some unit tests. And maybe upload to App Store someday… :)