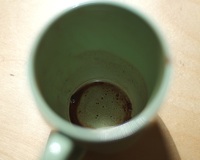 Some time ago I wrote about all the things that I loved in the Cocoa framework. This time, I’d like to write a bit about the worse side of Cocoa – the things that annoy me, confuse me, and make me wonder who the hell came up with such an idea…

So, the things that dislike in Cocoa are:

That said, it’s still not as horrible as it seems. The advantages that Cocoa has over other UI toolkits still outweigh the problems. And it’s possible to work around some of the issues. What do I do when I’m coding in Ruby, and I find some API too long-winded or some code not DRY enough? I extract some functionality to a function, or do some metaprogramming tricks. I can do the same in Cocoa. Of course ObjC is not as “agile” as Ruby, but I’m pretty sure it can do a lot more that, say, Java. Java doesn’t have method_missing or open classes, and ObjC does. There are also C’s preprocessor macros available, which can do a lot of cool (and scary) things, and they do them at compile time – which means that, contrary to some Ruby tricks, they won’t slow down your application.

Also, some of these problems could be solved by using RubyCocoa or MacRuby instead of ObjC and writing wrappers for the most annoying parts of the API. Actually, the MacRuby guys are doing this right now – it’s called Hot Cocoa, and it looks pretty cool:

Been there, seen that… I’m currently fighting with making my Core Data store arranged by a single column and forcing it to remember the order. Sometimes Cocoa can be very, very, very annoying. However, when you combine it with Python or Ruby (which I personally hate and avoid) you get a very powerful mixture :).
Godd luck with Mac programming.

Just wanted to say that deafult argument values ARE supported in C++.

Phil, you're right - it's been a long time since I wrote anything in C++... I've updated that paragraph.

Wow, this is a blast from the past! I'm sure you know by now, but lots of these have since been fixed or otherwise improved.

- OS X 10.7 has a new auto-layout system which is comparable to layout managers in other environments.

- Auto-layout enabled them to fix the I18n situation by letting you provide ordinary "strings" files.

- Xcode 5 uses a new xib format that is drastically smaller and easier to read, and much nicer for your version control system.

The major complaint that you seem to have still is "long names, longer code". True, and NSPredicate in particular is still pretty verbose, but ARC does help a little bit in that example. Categories can help here, too.

you're right, I'm aware of these, though I haven't used all of them yet (didn't have time to learn auto-layout yet, and new i18n is 10.8+ AFAIK). Amazing how much things have improved since then, isn't it? Literals and ARC were the biggest ones for me.

Auto-layout is pretty deep, but there's great stuff in there, and you'll want to migrate to it eventually.

Fortunately, it's not all-or-nothing: you can upgrade one view without upgrading your whole app. (It's strictly more powerful than the old system, so OS X translates classic springs-and-struts layouts into autolayout behind the scenes.)

I suggest you start with a simple view first. Autolayout is probably the biggest conceptual change from earlier versions of Cocoa, so it's easy to get overwhelmed if you bite off too much.