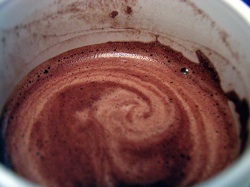 For the last several weeks, I’ve been learning a lot about ObjectiveC and Cocoa programming. It’s really addictive… I just can’t stop myself sometimes :) I’m reading the “RubyCocoa” book from Pragmatic Programmers and “Cocoa Programming for Mac OS X” by Aaron Hillegass. I also read some online tutorials – on Apple’s site, on Cocoa Dev Central (I love the illustrations there!), or elsewhere (check out my Cocoa bookmarks on Delicious for more).

The more I learn about Cocoa, the more I like it. It does have its problems which annoy me sometimes, but in general, it seems to make programming GUI applications really easy once you learn it. You can do really amazing things by calling just a few methods, and even better – you can create simple applications while not writing ANY CODE at all. So much can be done by connecting things in the Interface Builder, that sometimes you don’t need much more…

I’ve read most of the chapters from Aaron Hillegass’s book, and I still feel like I’m barely scratching the surface of the Cocoa framework. I’m sure there’s still a lot of functionality in it that I haven’t even heard about. And there are other frameworks too – Core Animation for adding special effects, various frameworks for using audio and video, for accessing various system services… yeah, there’s still a lot to learn :) But once I start to feel comfortable with Cocoa, I can begin actually writing something useful, and I’ll learn the rest as I go along.

I planned to write another list of things that annoy me in Cocoa here, but the post is already getting too long, so I guess I’ll leave that for the next time…